A board game prototype. 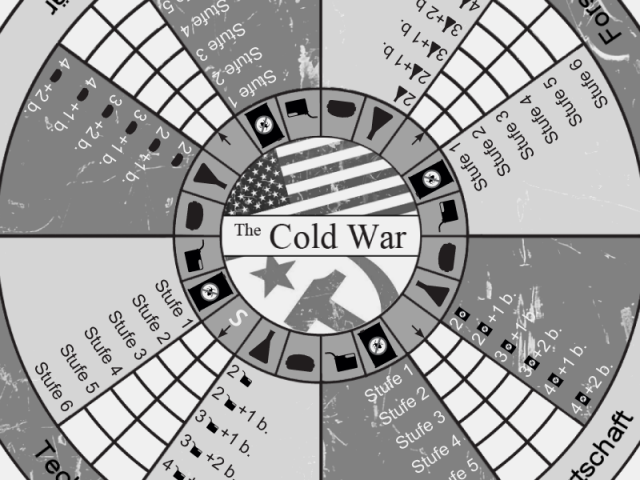 The Cold War is an old project for the Game Design class.

My contribution to this project:
Concept, Game Design, Board Layout, Game Art, Story

The topic we had to deal with was
War without borders, so I decided to create a boardgame about The Cold War between the United States of America and the Soviet Union.
It´s a strategy game for two up to four players and I tried to convert political topics into game mechanics. There are four different main political fields that the players are compeding for while playing.
Beside the use of a dice, the board is also rotatable, to give the game another strategic component.

Impressions of the prototype